Gift Guide: Best Board Games for Every Gamer

Board games are experiencing a modern Renaissance, thanks in no small part to Kickstarter, and it’s about damn time. It’s a great way to spend time with friends and family, especially around the holidays. Board games are the gift that keeps on giving, dammit, though finding the best board games in the sea of many can be challenging.

I have a bit of a “board game problem,” as I can’t seem to stop purchasing and playing them. Over the past few years I’ve discovered some gems and less than stellar options. Below I’ve compiled what I consider to be the best board games for every gamer, from beginner to advanced.

A word of note: all ages and times are, naturally, approximate. Sometimes games are quicker or longer than anticipated, and sometimes kids are more advanced and able to play higher level games.

Best Board Games for the Beginner Gamer

To me, “beginner” and “family” are interchangable terms, in terms of board gaming. These are games that are easy to learn, fun to play and most importantly, fast to play. Because this isn’t the demographic willing to devote 4+ hours to a game.

Fantasy Flight Games’s iconic Elder Sign is one of the best newbie board games on the market. It plays like a slightly more complicated version of Yahtzee, with players as paranormal investigators out to stop a cult from releasing an Elder God within the Cthulhu universe. It’s cooperative, meaning you can offer helpful hints and suggestions, and just challenging enough to keep everyone engaged. This is the game that, every time we play with newcomers, they rush out and purchase it.

Author’s Note: There are a handful of expansions to ES, but for starters, just buy the vanilla game. 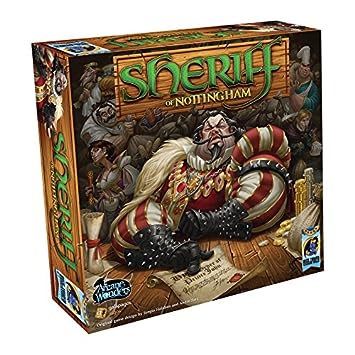 Oh what fun it is to bluff! Dice Tower Essentials’s Sheriff of Nottingham is a great way to introduce newcomers to the joys of bluffing and deception. Three-five players take turns acting as the titular Sheriff, inspecting other players’ merchant goods as they come to market. Merchants may legally bring in goods for points at the end of the game, and illegally attempt to smuggle contraband. The Sheriff must catch the contraband, or risk paying damages for wrongful accusations.

Gloom is a quirky, fun little card game that, depending on your sense of humor, is good for all ages. Players control a family of misanthropes — think the Addams Family — who are in a competition to die more miserably than everyone else. Players play cards to lower happiness, before ultimately killing each family member, one at a time. At the same time, players attempt to make their opponent’s family members happy. The best part is, you have to create a story around each card played, utilizing both imagination and your own sick sense of humor.

Recommended ages: 8+ (As you might imagine, we have a sick sense of humor, here. My 8 year old loves this game)
Time commitment: 15-30 minutes
Price: $

Tiny, epic, and a great introductory strategy game, Tiny Epic Western is a fast game with great flavor. Essentially a worker-placement game meets Texas Hold’em, players take on the role of a Western archetype as they attempt to build their own slice of a Western town. As you gain influence, occasionally you and your opponents will face off in a quick-draw showdown at high noon, and achieve notariety in the old west. Did I mention the dice are bullet-shaped? Yes, it’s as awesome as it sounds.

Best Board Games for the Intermediate Gamer

Here, “intermediate” is used to describe anyone who has a fairly firm grasp on board game rules and stylings, and won’t balk at spending up to two hours playing a board game.

No game list worth its salt doesn’t include Z-Man Games’s Pandemic. This cooperative game is an icon within the industry and a great “next step” for anyone wanting to branch into a more strategic title. Players take the role of a number of World Health Organization workers as they fight to combat and contain a global viral outbreak. Each role brings their own unique flavor and boon to the fight, and teamwork is vital. But be careful: a misstep or cockiness can quickly mean global extinction. 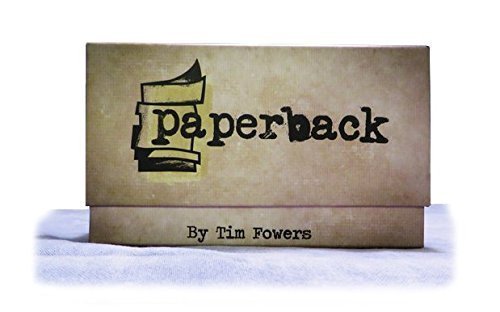 Tim Fowers can, in my mind, do no wrong, but his Paperback remains a crowning glory of his gaming prowess. In this deck-building game meets Scrabble, players play as a struggling author, being paid by the word. You collect letters to form increasingly long, complex words to increase your end points. It’s a game that can be played with any level of speller and/or vocabulary, and has a nice, casual feel to it. It’s potentially the longest time commitment in the beginner list, but always a fun one.

This is, without question, our family’s favorite game. Mysterium plays like Dixit meets Clue, with one player taking on the role of a ghost, and the others playing as paranormal investigators, attempting to solve a murder. There’s one catch, though: the ghost cannot speak directly to the investigators. S/he must speak via visions, presented as imagery cards, while each investigator attempts to decipher the visions. The ghost can confirm the choice, but that is all. It’s a cooperative game in which it behooves you to help your fellow players. 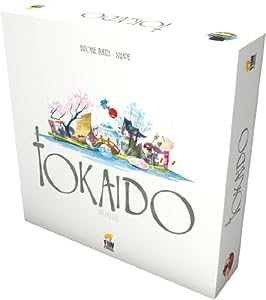 Every now and then, even seasoned board gamers need a break from zombies, plague outbreaks and the grim dark future. Enter Tokaido, Fun Forge’s relaxing trip across the old Edo road. Players take on the role of ancient Japanese tourists, taking a vacation through the Japanese countryside. While not cooperative, the game is only passively competitive, as the end goal is to have the best vacation out of your group. This is accomplished by collecting souvenirs, painting pictures, relaxing in spas and eating delicious food. It’s a challenge, but not too challenging, either.

Betrayal at House on the Hill

My personal favorite board game. Betrayal at House on the Hill plays like a super macabre version of a Scooby Doo episode. You play as various archetypes (the priest, the little kid, the meathead, etc.) invited to a haunted mansion for unknown reasons. The map of the house is formed organically, as you explore from one room to another, encountering objects, haunts, and ill omens. Eventually, one of you is revealed to be a traitor, and the game turns from an eerie exploration to an all vs. one mechanic. The traitor’s stories are included in a special book and range from creepy to outright disturbing. I love this game.

Recommended ages: Because of the mature themes and the traitor mechanic, the ages of this are really dependent upon with whom you are playing. But, as a rule of thumb, I’d say 15-50+.
Time commitment: 90-120 minutes.
Price: $$

Smallworld is an oldie but goodie. Players take on the role of various fantasy races with special bonuses, to conquer the world. You fight, you go into decline, you expand, and you do it all over again. It’s fairly breezy game, but a really fun one. It’s generally the perfect “next step” game for those who want something that is strategic without being too intense.

Best Board Games for the Advanced Gamer

Here be dragons. These are games which have more detailed, intense instructions and can really eat up a night. It’s not to say that only advanced gamers can play them, but you should definitely warn any beginners what they’re getting into.

Dead of Winter: A Crossroads Game

Plaid Hat Games’s Dead of Winter is a crowning achievement in both zombie games and survival games. It plays like a grim, dark episode of The Walking Dead. Players play survivors of a zombie apocalypse, based out of a safe(ish) spot in the middle of winter. Survivors must brave zombie hordes to forage for supplies to avoid colony-wide crises, and face their own personal crossroads. This game forces tough choices upon you, and deals with dark, heavy subject matter often skipped over by most zombie games and movies. The best/worst part? Failure is not only possible, it’s highly likely. The initial rules reading makes it sound somewhat convoluted, but once you dive in, it’s one of the best games you’ll ever play or own. 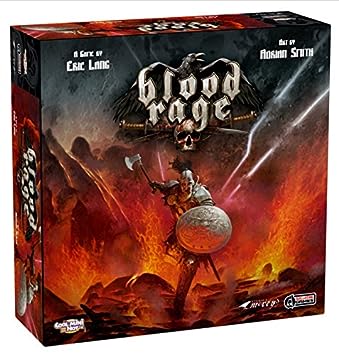 One of the best Kickstarters we ever backed, Blood Rage is an epic game of Viking conquest. Players play as various Viking armies, in the quest for glory. Move your troops through the land, vie for favor of the gods, and outwit your opponents through brute strength or cunning. This game is both a time and monetary investment, but well worth it. 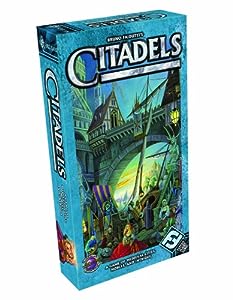 Don’t let Citadels’s small box fool you, this is a high-brow strategy game posing as a micro-game. Players select from a variety of medieval archetypes as they attempt to erect a city comprised of various buildings. Character and building type provides bonuses, but the trick is that at the beginning of each round, players choose a new character. This game relies on you paying attention to what your enemies are doing, while trying to out-maneuver, and out-think them. It requires patience, cunning, and the desire to foil the hopes and dreams of your friends and family. Another Tim Fowers game, this one packs decidedly more punch. Players are various members of a heist team — think Ocean’s Eleven — as they attempt to pull off an epic heist. Each role has their own bonuses which can help the team, as they make their way through a three-story building. Security guards are on the prowl, too, however, and move every time a character moves. Avoiding them, as well as security measures within the building is tricky business. The game is challenging and cinematic and one of our family favorites.

Play Steep For Free On PS4, Xbox One and PC Starting Tomorrow